We proudly present, first fully customisable prosthetics device
for kids from 6 months to 4yo. 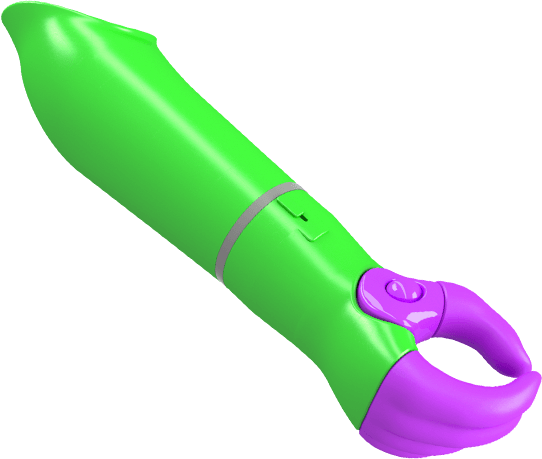 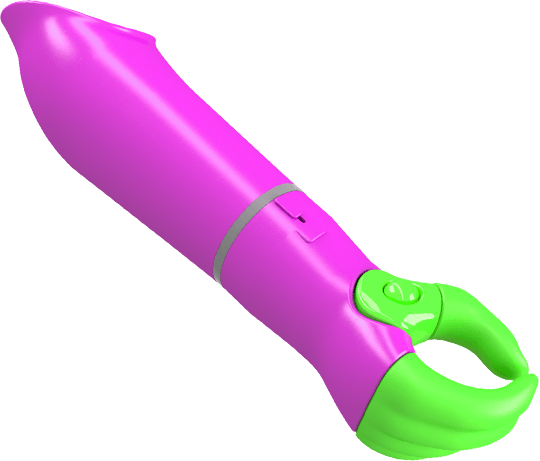 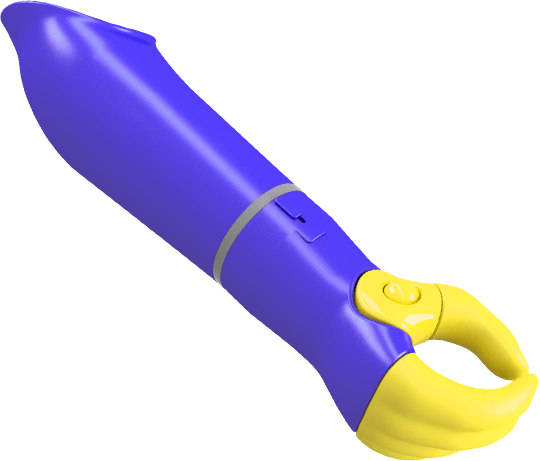 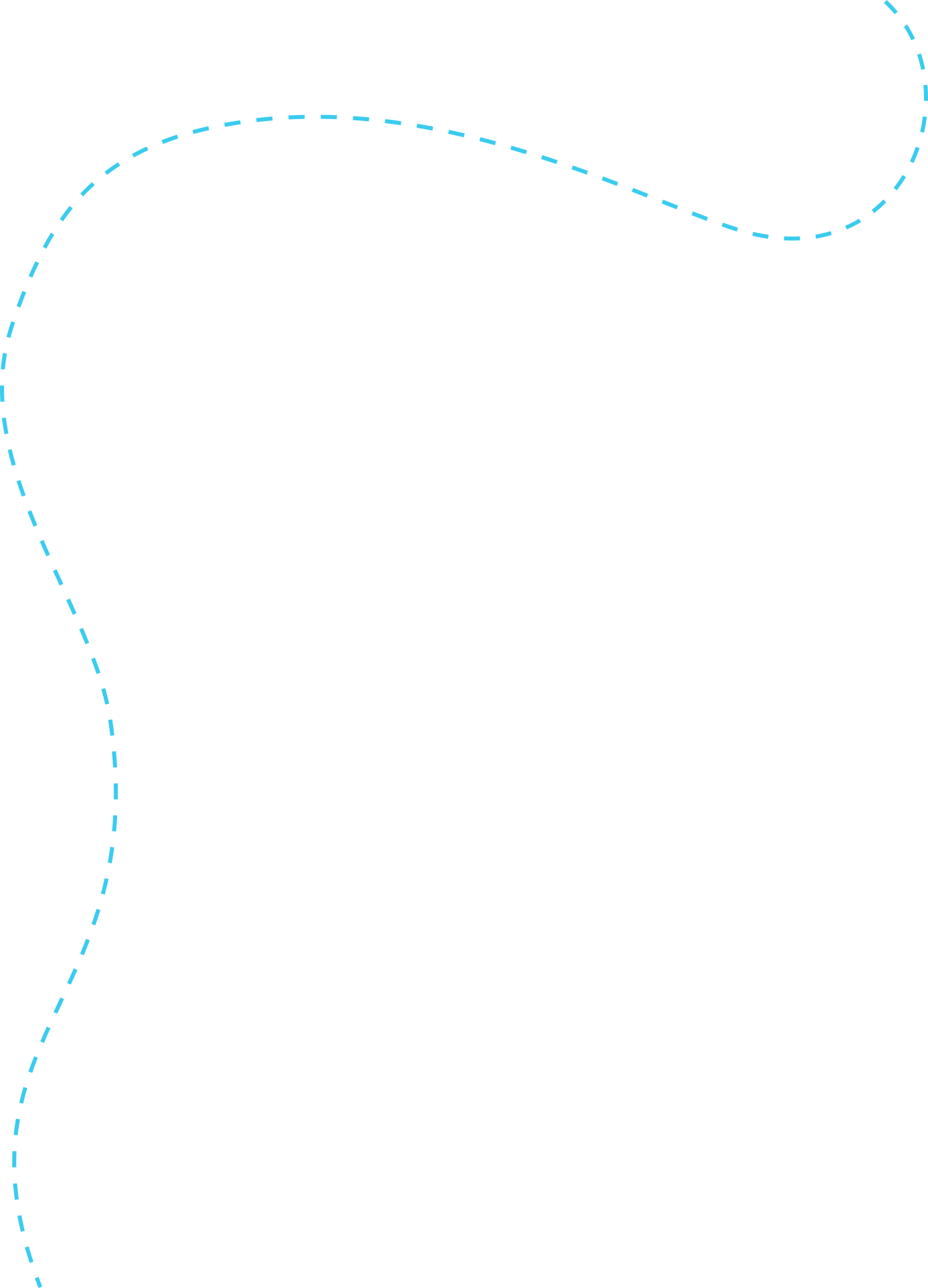 Sol Ryan tragically lost his left arm following an accident at birth. What his father did next caught the world’s attention and is now disrupting the entire prosthetics industry. Using his knowledge of developmental psychology Ben Ryan left his teaching career behind and founded a non-profit company - Ambionics.

Glaze Prosthetics proudly introduces you to the Ambionics product range.

Like Glaze, Ambionics capitalizes on multi-jet fusion 3D Printing technology to create advanced prosthetic limbs. Our super lightweight and highly durable arms enable infants to adapt to prosthetics earlier in their neural development than ever before. Everything we do is carefully designed to increase the uptake of prosthetics in early infancy.

In engineering it’s often said that form should follow function however we disagree. In paediatric prosthetics at least - the form or appearance of the device takes on a function all of its own – a very important function that has sadly been overlooked by the prosthetics industry since the Victorian Era. The reason our products are so popular is simple. We make them as attractive as we practically can without compromising on safety or function.

We refuse to offer ‘cosmetic’ hands (think plastic doll’s hand) which serve only to hide the fact that a child is missing a hand. Instead our designs are bold and stylish with striking colours and the ability to customize to the child’s own preferences. This gives children confidence to wear our devices more often which boosts their self-esteem even more. The more often a child wears the arm – the more adapted to it the become. Muscle development, coordination and balance are all improved compared to similar infants who do not use devices. Our mission then is to help each child live more engaging lives from the very start allowing them to look good while they do it. 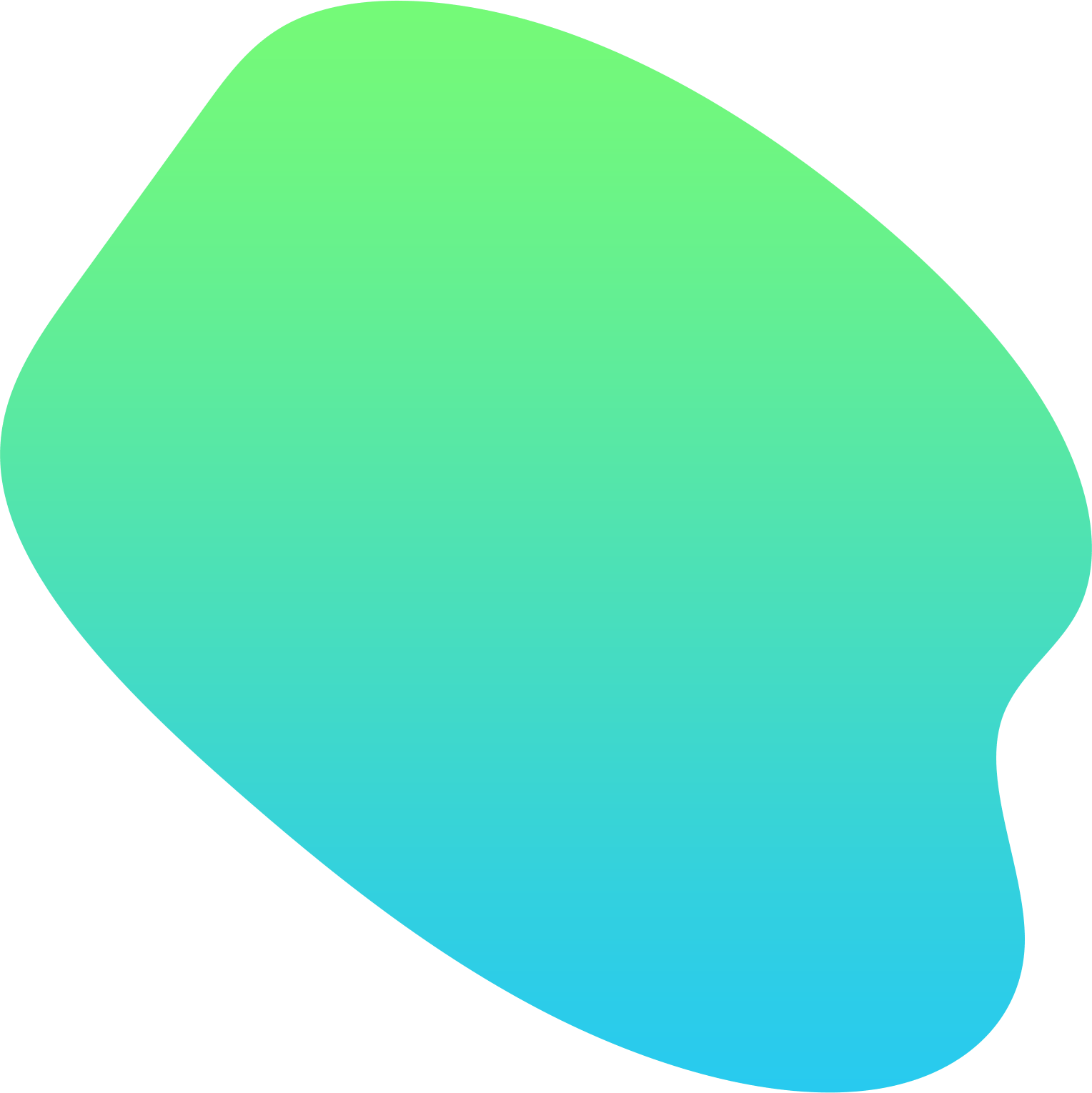 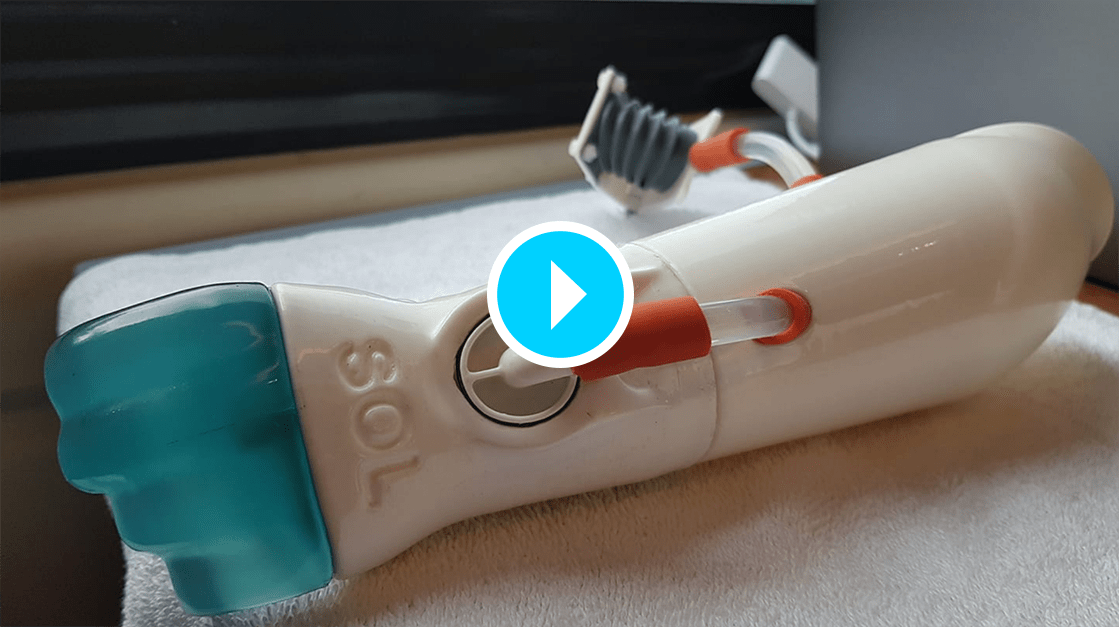 Before you begin this journey with your own child please try to keep in mind that this is a process and not just a product. It would be lovely if each child who was given an arm just wore it everyday without the need for any encouragement. The reality is that it requires daily effort from the parents at the beginning. It is much more difficult to rehabilitate a child who has spent many years without a prosthetic than it is if you get it right at the very start.

In our experience if the child has never worn a device before and is older than four years of age then the most that you can expect is 10 to 15 minutes of use per day to start with. This takes patience. It will feel heavy and awkward at first because the muscles have never had to work before. The skin too can feel tender even with a prosthetic sock. If this sounds like your own situation then do not lose hope. Some older children do wear devices right away and some never take them off again! Take comfort in knowing that you are not alone - we have a growing community here to help you get it right.

Here are some tips that may help you get there more quickly.

Firstly DON’T BE PUSHY. If a child feels like they are being coerced then they can often react the opposite way. Don’t make a big thing about it. Just leave the new arm amongst their toys or belongings and let them explore it and figure it out for themselves.

In tougher cases we have found that it can help to use a little reverse psychology. This is especially true during the ‘terrible twos’ (2 – 3 years of age). Try this technique – casually sit down near your little one holding the shiny new arm. Just sit there admiring it. Perhaps even call a friend and tell them on the phone how beautiful the arm is – all in earshot of the child of course! Eventually the child’s curiosity will win over and they will approach to inspect it for themselves. At this point say ‘no this isn’t for you’ and place it somewhere nearby where the child can take it when they think you are not looking. This will work in most cases for toddlers.

Another good tip is to play games that involve the prosthetic. Again, these should be structured but not regimented (don’t be too strict - If the child isn’t interested on that occasion, then don’t force it. Ideally, we don’t want there to be ANY negative associations with prosthetics AT ALL during the ENTIRE customer journey). In very young children games may involve crawling with their prosthetic arm, bi manual handling (games or challenges that require two hands to complete) and coordination (e.g. operating buttons or switches on toys).

Over time the child will get better and better at the tasks and therefore more likely to use the prosthetic in everyday situations. A golden rule for parents though is not to put too much emphasis on the function of the hand as a grabbing tool. In reality, functional grabbing will only ever make up about 5% of what the prosthetic is ACTUALLY used for on a day-to-day basis. Try instead to promote the use of the device AS A LIMB rather than a functional grabbing device.

Using the prosthetic to assist when pushing doors open is a great example of using the prosthetic as a limb rather than as a hand. Finally the best advice is not to wait around but begin working with the child as soon as possible. It is typical in the prosthetics industry for clinicians to advise parents to just sit out the first 6 to 12 months of life without any form of intervention at all. This flies in the face of everything that is known about human brain development in early infancy.

Ben Ryan (Head of Paediatric Division at Glaze) introduced his son Sol to home-made sponge arms from just 5 weeks of age. Sol had stopped moving his left arm shortly after his traumatic amputation. He could not reach the toys suspended above his crib with the, much shorter, left arm. Ben had concerns that Sol would learn that his left arm didn't do anything and that he would stop using it completely.

Within minutes of applying the makeshift foam arm, Sol began playing with his toys using both ‘arms’ for the first time. When Sol could sit up, Velcro strips were attached to the end of the foam arm enabling him to ‘pick up’ toys to which Velcro had also been fastened.

The foam arms are very simple to make and extend the child’s area of influence in a very basic but reliable way. Through a home-based intervention like this, Sol’s hand to eye co-ordination, proprioception (a sense of where his limb is in space), sensory feedback and muscle tone were all improved in comparison to the existing NHS practice (to do nothing but observe for a year).

Another benefit was that Sol became used to having something applied to his arm several times a day. He had become primed for prosthetic use. We encourage all parents (and soon to be parents) to share this good practice as a first step. 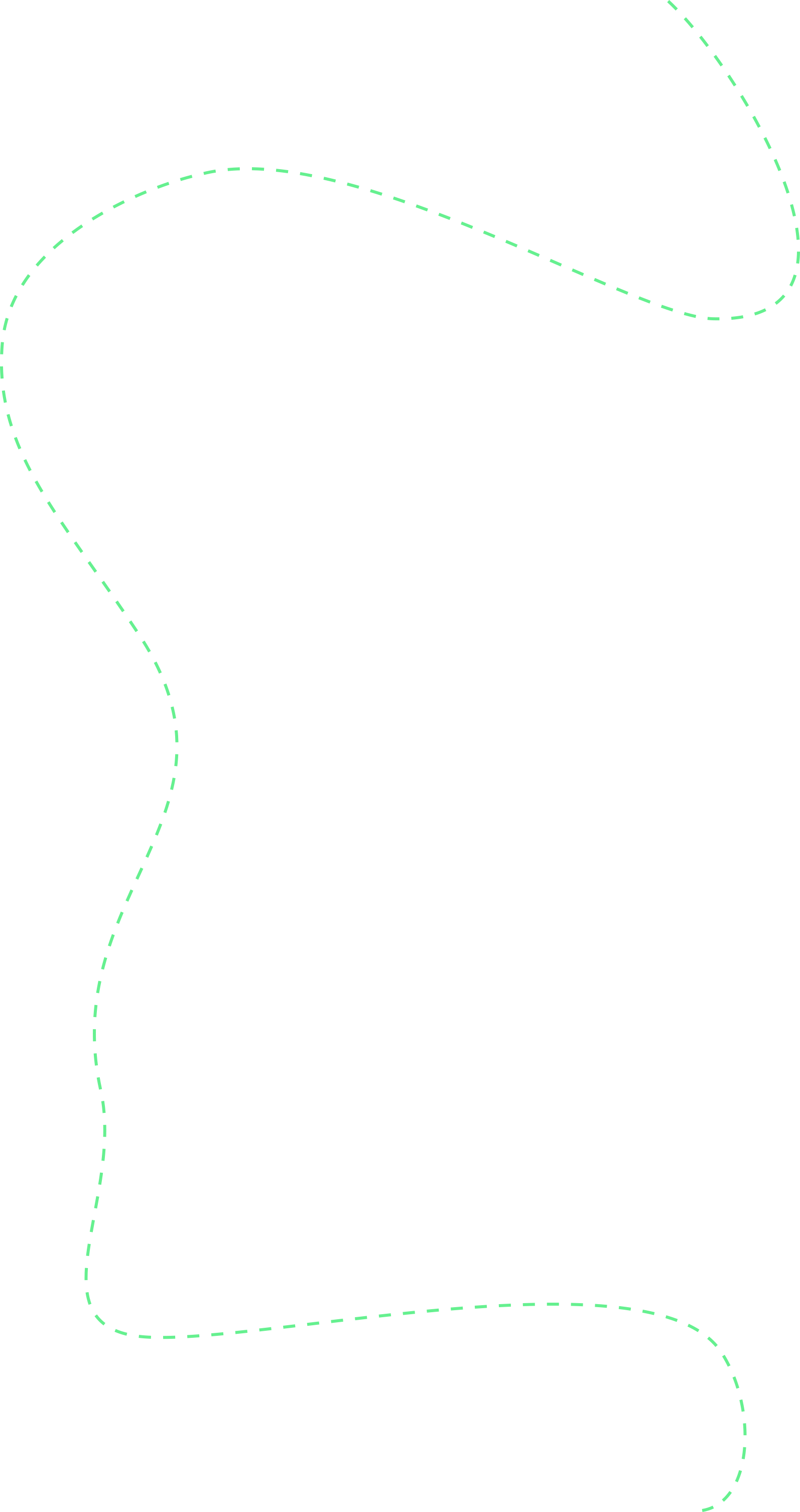 So you have seen what we can do for your child, you love the look of our products and want to join in? Here’s what you need to do.

Our community Liaison Officer will then get in touch to request more information and you’ll then be assigned to one of our partner facilities who will take you through the next part of the process and prepare the medical interface (inner socket) which will very much depend on your child’s specific needs. You will then get to use our unique configurator to select the colours for each of the components that make up the arm. That’s it! A few weeks later we will be ready to fit the new arm system – congratulations! You just stepped into a MUCH better world for your little one!

Our products and accessories are constantly evolving but our entry level products are now available.